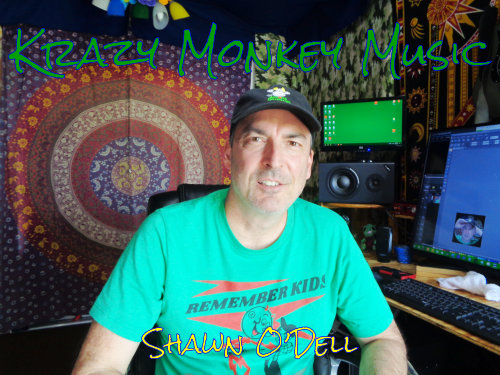 You may ask yourself “Who is this odd person and what does it mean for me?” well I can’t really tell you what it means for you, you’ll have to figure that out for yourself but I can tell you about myself. I’m a songwriter and musician. I also do all the artwork on this site so I guess that makes me an artist. Not anything great, I would say my artwork is on the newspaper comic level because I’m more concerned with telling the story than the artwork itself. But I do want it to look good.

My music has morphed in the last couple of years. I’ve always thought of myself as an electric guitarist but now I seldom touch my Strat and tend to favor my acoustic. I guess I’m mellowing with age. I’m still definitely a Rock musician but more in the realm of Tom Petty instead of Kiss. Again with the music, as with the artwork my main focus has always been on the message not the music itself. But the music is definitely important to me, I want it to sound good and get my point across.

A few years ago I was part of a Music related forum and the role of lyrics came up. What people were saying baffled me. Lyrics to them were an afterthought, some even going as far as saying they wouldn’t even worry about lyrics until the music was done. Like I said, literally just an afterthought.

I wrote my first song when I was thirteen. I had no instrument at the time so it was just a melody and lyrics. A song can be a song without any instrument except for a voice but music without a voice is not a song. That being said, I have several instrumentals and I really like doing them. It’s just that saying something is important to me so usually I focus on the words but music can say a lot without any words as well. Just like a picture without any caption can get the message across.

So, anyway, welcome to Krazy Monkey Music, a bizarre, eclectic, collection of whatever the heck I feel like doing at the time. I hope you enjoy it. 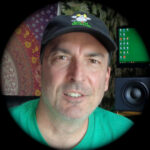